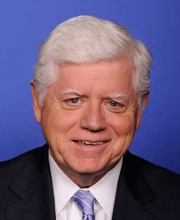 Manchester is located at the eastern edge of Connecticut’s First Congressional District.  Our elected representative to Congress is John Larson of East Hartford.

In mid-October, at Goodwin College, Representative Larson spoke to seniors about the Social Security Program.  I went to hear what he had to say.  The following is what I learned:

Plan to Pay for the Proposal

What do 74% of Americans (Republicans, Independents and Democrats) agree on?