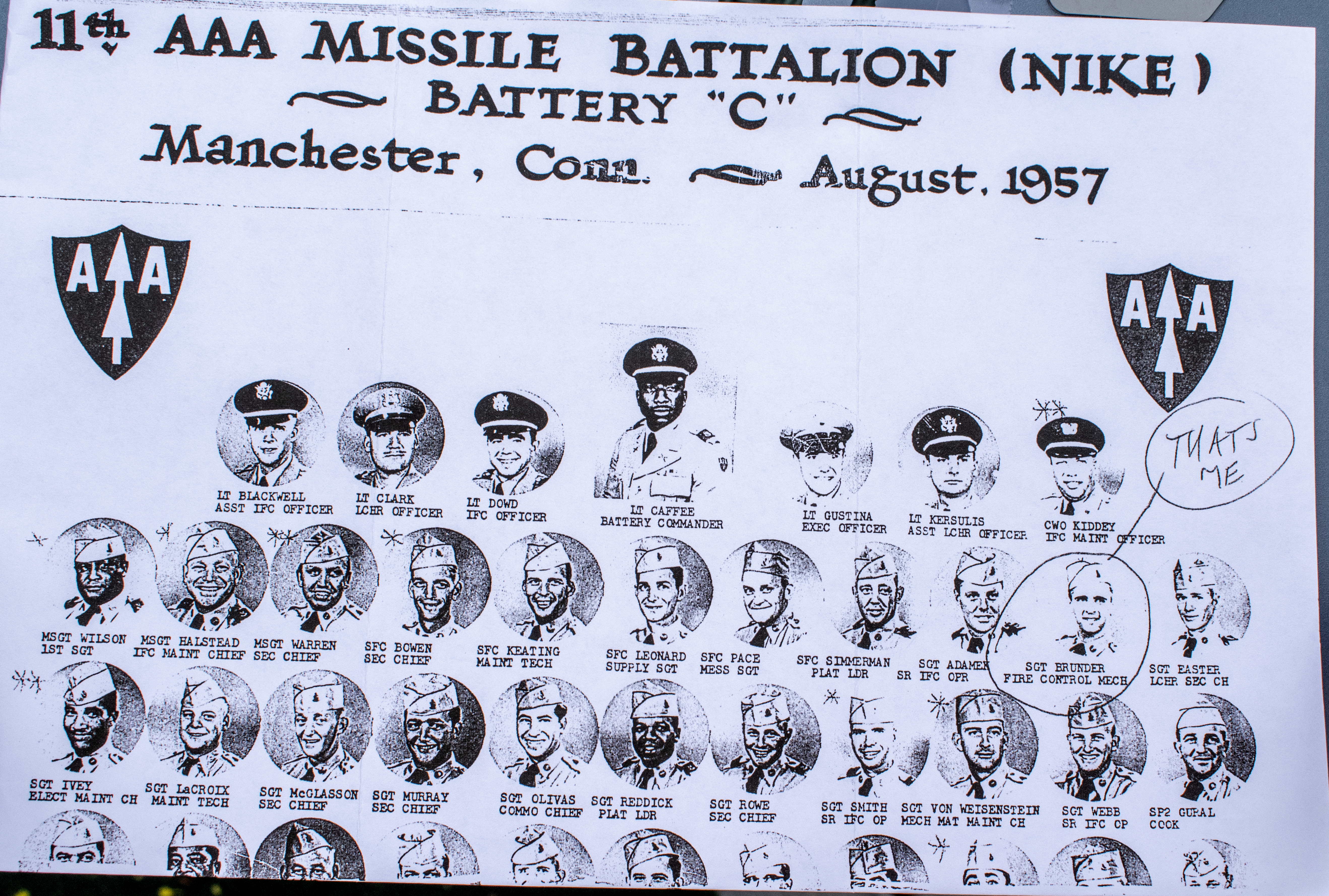 In the late 1950s, Staff Sargeant George Brunder of Brooklyn, New York, served with the United States Army as a Fire Control Mechanic with the 11th AAA Missile Battalion (Nike), Battery C in Manchester, CT. His job was to check out the command center and repair it as necessary. On a cloudy day in 1957, he powered up the system. “When we do a checkup, we power up the system (including the radars) and check all the operator positions, etc., and make sure everything is operating correctly. In those days, things were analog (tubes), not digital like today.”

That day, a blob appeared on the screen that Sergeant Brunder initially thought was a malfunction in the radar scope. However, the blob was rapidly approaching the eastern seaboard, moving at speeds exceeding thousands of miles an hour from the direction of the ocean. He promptly contacted his superior, Chief Warrant Officer Kiddey. George used the target tracking radar to lock on the target and automatically track it. It was shaped like a tube on the screen (not a saucer) and was so big it overlapped on another screen. He asked it to ID itself as friend or foe. There was no answer, but it stopped moving in an instant.

When Chief Warrant Officer Kiddey saw the screen, he called Lieutenant Caffee, the Battery Commander. Lieutenant Caffee raced over to take a look.  He immediately put out a red alert to man the positions, and the missiles were armed. Even though the object was still not moving, the lack of response continued to be a concern. So, Lieutenant  Caffee contacted an air force base that sent out fighter planes to check out the Unidentified Flying Object (UFO).  As the aircraft approached the UFO, it went straight up and disappeared off the screen.

What did the fighter pilots see? To this day, no one but the pilots and their commander knows for sure.  Staff Sargeant Brunder has believed for the past 64 years that we are not alone. The event so moved him that he eventually joined JPL (NASA) when he got the opportunity.  He worked on deep space projects and retired as a Senior Engineer after 28 years.

After graduating from Brooklyn High School of Automotive Trades and working at various technical jobs, George enlisted in the army for three years. He went to basic training and then was enrolled in the Surface-To-Air Guided Missile School at Fort Bliss, Texas, from June 1955 to June 1956. His training at the specialized school for high achieving students was in electronics, radar, and associated equipment.

George was stationed at the Nike Site in Manchester after completing his training in Fort Bliss. The concern in the late 1950s was that the Russians could attack the east coast with their bombers.

George enjoyed his time in Manchester and especially liked walking from the base to downtown Manchester. It was a lively place in 1957 with lots of shops and people around. Following his honorable discharge from the army, George attended evening classes at the City College of New York.  And then Fairleigh Dickinson University, where he earned a B.S. degree with a major in Physics. George held many engineering jobs around the country and has retired to Arizona with fond memories of his time in Manchester, CT.